APIs are projected to be the number one attack vector by 2022. Transition to cloud-native architectures, microservices, and serverless functions led to the proliferation of APIs. Companies now have thousands of APIs: constantly changing and network-accessible, thus representing the new, vastly expanded attack surface.

Research shows that detecting and fixing vulnerabilities during production or post-release time is 30 times more difficult than earlier in the API lifecycle. By taking a shift-left approach and addressing API security during design time, companies will establish and maintain the security of their systems while staying agile and delivering business requirements – this starts with developers.

“42Crunch’s mission is to provide API security technology for each stage of the API lifecycle from design, to development, to testing, to runtime protection and monitoring,” says Dmitry Sotnikov, Chief Product Officer at 42Crunch. “By bringing API security audit right into developers’ IDEs of choice, we are making API security easier. Developers get actionable security advice within their development environment and are thus enabled to improve the security of their product.”

The Eclipse and IntelliJ/PyCharm extensions both add rich support for the OpenAPI Specification (Swagger) in JSON or YAML format and allow developers to: 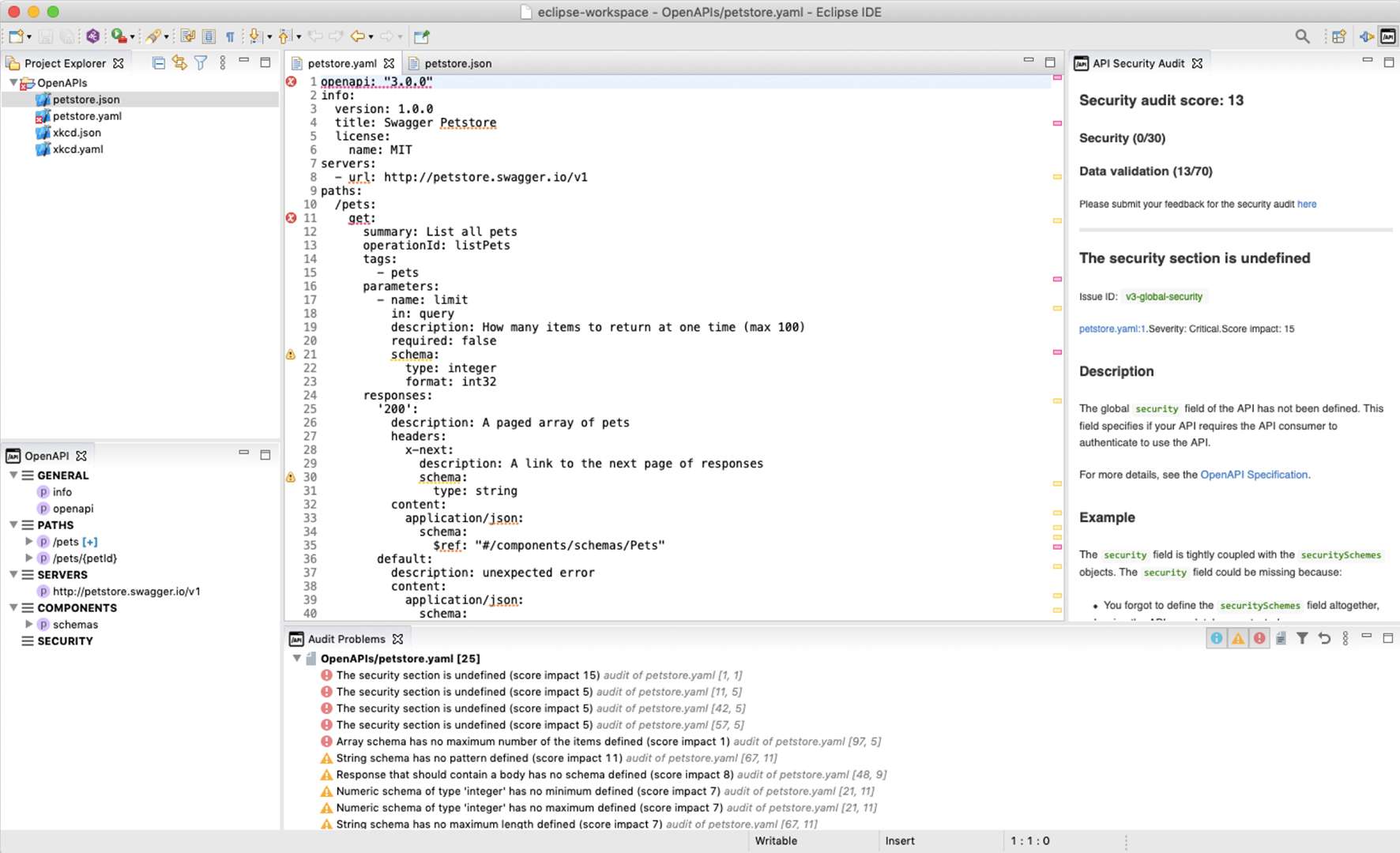 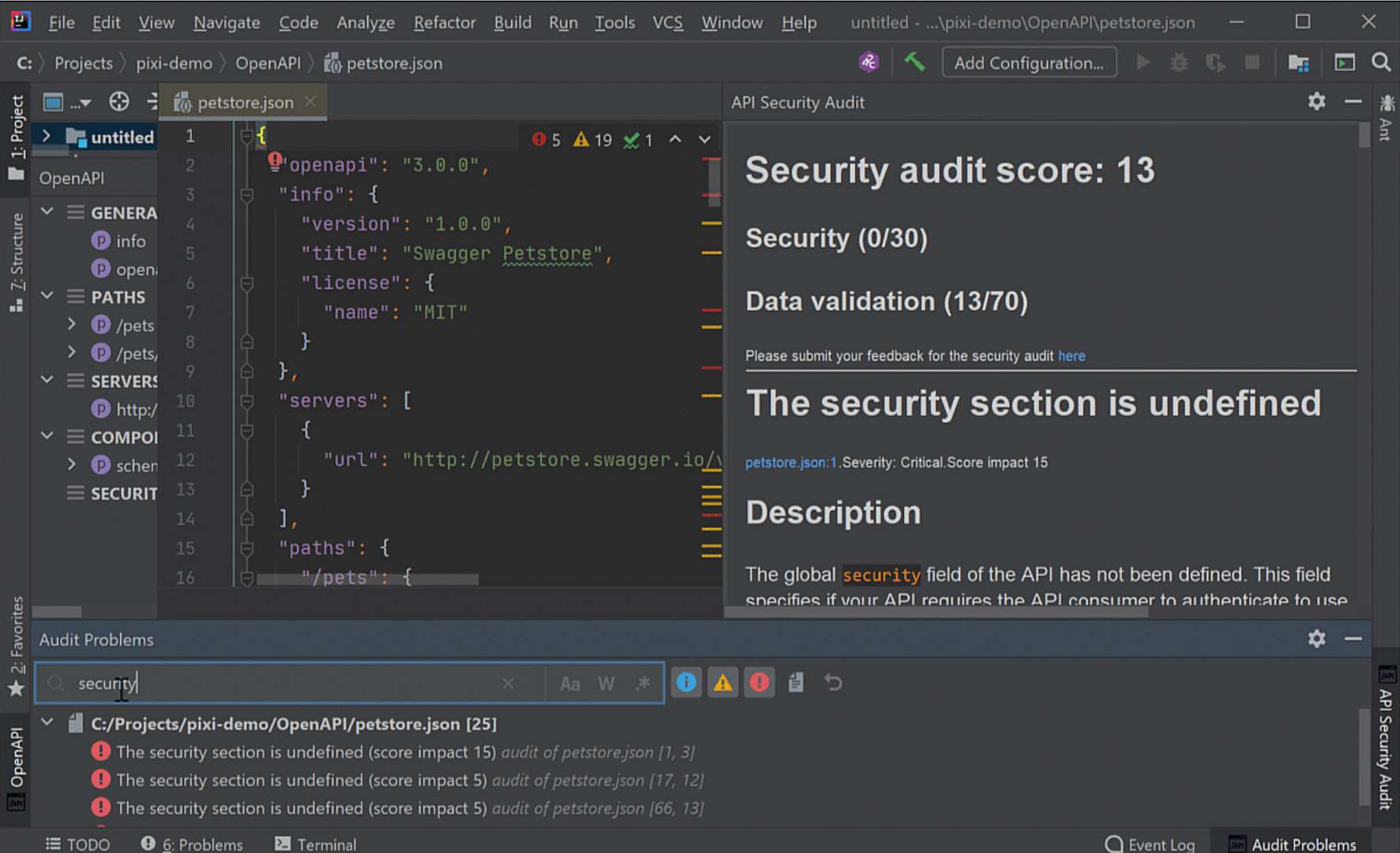 Shifting Security Left
The release of these two new plugins comes as part of 42Crunch’s overall strategy of taking a shift-left approach to simplify and automate security. With a combined 100k+ users of their API Security Platform, IDE and CI/CD plugins, 42Crunch is creating a natural way for development, security and operations teams to naturally enable a DevSecOps process across the API security lifecycle.

42Crunch bridges the gap between API development and security teams with a simple, automated platform that provides auditing, live endpoint scanning, and micro API firewall protection. Unlike other solutions on the market, the 42Crunch platform empowers development, security and operations teams with a set of integrated tools to easily build security into the foundation of the API and enforce those policies throughout the API lifecycle. By delivering security as code you enable a seamless DevSecOps experience, allowing innovation at the speed of business without sacrificing integrity.